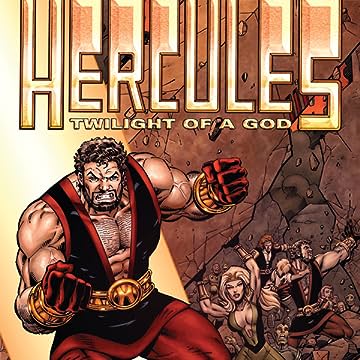 THE PRINCE OF POWER IS BACK! Hercules has been the champion of the Andromeda galaxy for over 75 years! But when an attempt to save the capitol city of Port Anteris goes awry, the Lion of Olympus is left incapacitated and needing to be looked after by his Olympic offspring. However, with a sinister plot brewing against his son's government and the threat of Galactus looming, Hercules-even in his brain-addled state- is the galaxy's only hope! VERILY, 'TIS THE MIGHTIEST HERO EVER, IN A SPECTACULAR TALE SET IN THE FAR FLUNG FUTURE, THAT THOU SHAN'T WANT TO MISS!