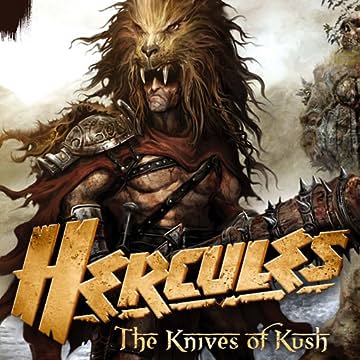 The sequel to Radical's sold-out hit miniseries! Steve Moore returns to take the hero of myth across the seas and into the land of ancient Egypt. While Hercules and his remaining band of mercenaries recover from the bloody brutality of the Thracian Wars, they face a threat that cannot be solved with just the edge of a sword: intrigue, spies, assassination, and the mystery of a death cult known only as... KUSH.