Guardians Of The Galaxy: Earth Shall Overcome 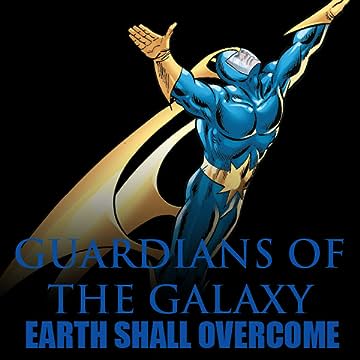 Guardians Of The Galaxy: Earth Shall Overcome

Collects Marvel Super-Heroes (1967) #18, Marvel Two-In-One (1974) #4-5, Giant-Size Defenders #5 And Defenders (1972) #26-29. In 1968, industry legends Arnold Drake (creator of DC's Deadman and Doom Patrol) and Gene Colan (penciler for virtually every major Marvel character) looked to the future and saw a crusading quartet - Vance Astro, Yondu, Martinex and Charlie-27 - rising to retake Earth from reptilian raiders! The Guardians of the Galaxy begin their battle with the Badoon, and they're not just building on the heroism of past centuries - they're recruiting from it! Captain America, Doctor Strange, the Thing, the Hulk and others join the Sol System's soldiers in a war that began a thousand years from now!