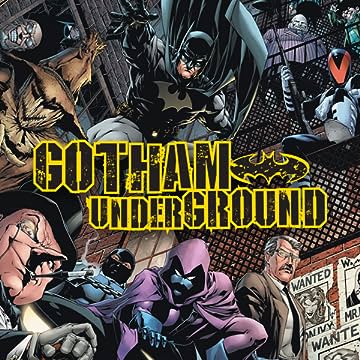 This 8-part epic explores the underbelly of the DC Universe and ties in to COUNTDOWN! Frank Tieri and COUNTDOWN's J. Calafiore team up to deliver an action-packed tale that features Batman, Robin, Nightwing, Batwoman and just about every other Gotham guest star imaginable. As more and more evildoers seemingly disappear into thin air, Gotham City finds itself in the midst of a villainous vacuum. Who will rise to command the remainder of Gotham's rogues? As several factions scramble to stake their claim, Batman and friends strategize a counter-attack!