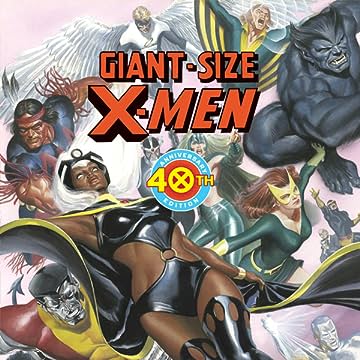 Celebrate the birthday of the book that made a Giant-Size impact on comics! Revisit the fateful day that Professor X gathered an all-new, all-different, multinational mix of mutants - as Storm, Nightcrawler, Colossus, Banshee, Sunfire, Thunderbird and some guy named Wolverine unite with Cyclops in the rescue tale that ushered in four decades of uncanny adventures! See how the original team reacted to the newly expanded roster! Learn the tragic histories of Colossus and Wolverine! Ask yourself "What If?" they all died or never even met! And savor the explosive epic that revealed the group's true deadly genesis and the ill-fated existence of a previous team!