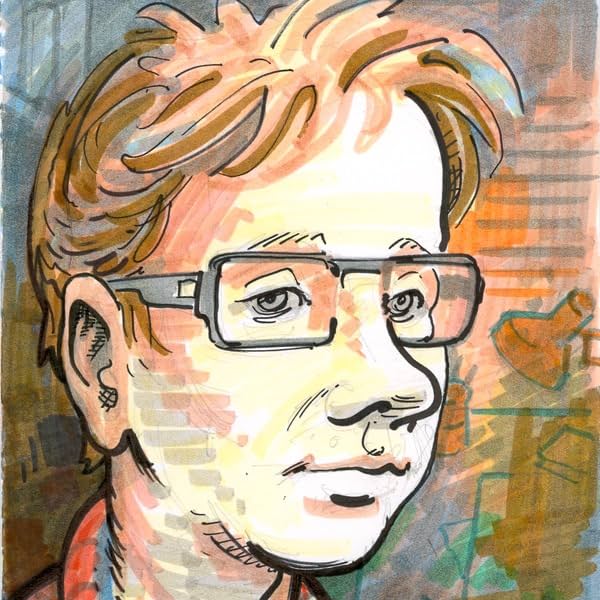 Gašper Rus (1983) is a Slovenian
comics artist, illustrator and, occasionally,
a comics critic. He made his debut in the
magazine Stripburger, later becoming
one of its editors. In 2008 he graduated
from the University of Ljubljana's
Academy of Fine Arts and Design. The
comic he produced for his thesis project
was later included into the collection
Deveta soba (The 9th Room.) His
work can also be found in the seminal
comics anthology Slovenski klasiki v
stripu (Slovenian Classics in Comics),
in numerous issues of Stripburger
and its special edition Greetings from
Cartoonia. He has worked with other
Slovenian newspapers and magazines
as well, and has provided illustrations for
the children's book Noji nad Triglavom
(Ostriches above Mount Triglav).