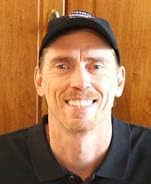 Gary's career as a freelance comic book inker and writer spans over twenty years. He’s worked for all the major companies, including Marvel, DC, Dark Horse, Image, Disney, and Archie (on such titles as, Spider-Man, Batman, Star Wars, and Mickey Mouse).

Gary is best known for his popular how-to books entitled, “The Art Of Comic Book Inking”. Gary has also partnered with Steve Rude on "The Moth" and "Nexus". Recently Zondervan published the last of his eight volume graphic novel series he created called, "Son of Samson".

Currently, Gary is inking "Mega Man", and "Sonic the Hedgehog", for Archie Comics.