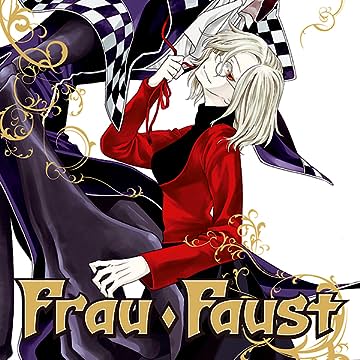 LIVING LEGEND More than a century after an eccentric scholar made an infamous deal with a devil, the story of Faust has passed into legend. However, the true Faust is not the stuffy, professorial man known in fairy tales, but a charismatic, bespectacled woman named Johanna Faust, who happens to still be alive. Searching for pieces of her long-lost demon, Johanna passes through a provincial town, where she saves a young boy named Marion from a criminal’s fate. In exchange, she asks a simple favor of Marion, but Marion soon finds himself intrigued by the peculiar Doctor Faust and joins her on her journey. Thus begins the strange and wonderful adventures of Frau Faust!