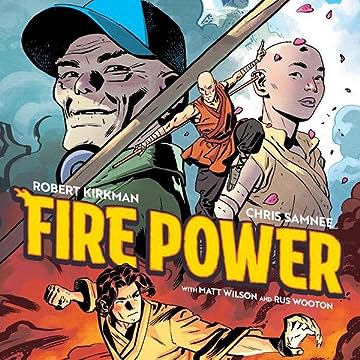 ALL-NEW series created by ROBERT KIRKMAN (THE WALKING DEAD, INVINCIBLE, OBLIVION SONG) and Chris Samnee (Daredevil)! Owen Johnson's journey to China to learn about his birth parents eventually leads him to a mysterious Shaolin Temple. The students there study to rediscover the Fire Power, the lost art of throwing fireballs. A power they claim will be needed soon to save the world. Will Owen Johnson be the first person in a thousand years to wield the FIRE POWER? Whet your appetite for adventure with the PRELUDE OGN, just in time for the debut of the new ongoing series with FIRE POWER #1 on Free Comic Book Day the following week!