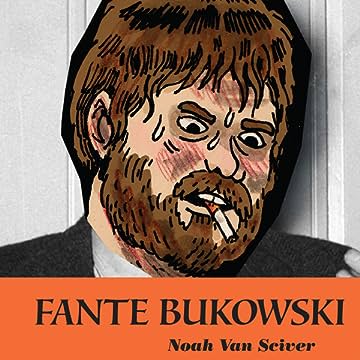 Collects all three volumes of the Eisner Award-nominated graphic novels series, which skewers a self-important male literary poser. Living in a beat-up motel and consorting with the downtrodden as well as the mid-level literati, Fante Bukowski must overcome great obstacles ― a love interest turned rival, ghostwriting a teen celebrity's memoirs, no actual talent ― to gain the respect and adoration from critics and, more importantly, his father. Van Sciver has created a scathing, hilarious, and empathetic character study of a self-styled author determined that he's just one more poem (or drink) away from success. The book includes a foreward by novelist Ryan Boudinot (Blueprints of the Afterlife), a facsimile reproduction of Bukowski's literary debut, 6 Poems (thought lost to time in the wake of a motel fire that destroyed the entire original print run), a "Works Cited" section, and a selection of "visual tributes" by over two dozen cartoonists including Nina Bunjevac, Simon Hanselmann, Jesse Jacobs, Ed Piskor, Leslie Stein, and others.