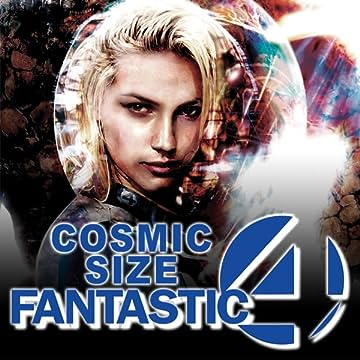 When Reed and Ben return from an excursion in a pocket dimension, they bring a nasty toxin back with them that requires The Fantastic Four to place themselves under quarantine in the Baxter Building for two days. No big deal, right? Wrong! What starts out as a series of petty squabbles along the lines of a typical episode of The Real World quickly escalates to Def-Con 5 level life-and-death grudge matches that put Reed and Sue, Ben and Johnny at each other's throats. With all the adults going insane, it's up to young Valeria and Franklin to save the day - and their family - before no one under the Baxter roof is left alive!