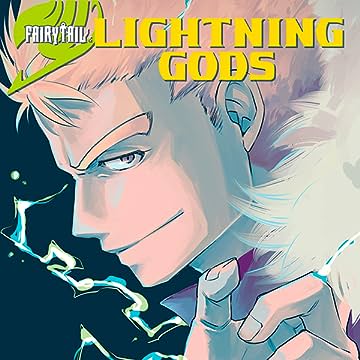 TWILIGHT OF THE THUNDER GOD Hot-headed wizard Laxus Dreyar is always on the lookout for the next challenge! So when Fairy Tail disbands, he and his loyal crew of Freed, Evergreen, and Bickslow join the fun-loving guild Blue Pegasus. Before long, the guild's master Ichiya is kidnapped, and it's up to Laxus to save the day. However, when faced with a battle with a rival guild's female mages, Laxus learns a tough lesson... On the next mission, Laxus and his gang go up against an ancient relic of fearsome magic–one that will put their bonds of friendship to the test! Final volume of the official Fairy Tail spinoff series!