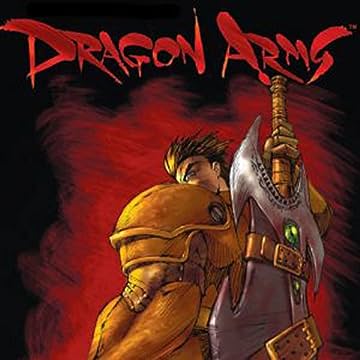 In the tradition of Lord of the Rings, Bastard! and Dark Angel comes the ultimate tale of swords and sorcery! Millennia ago, the Dragon Kings held the world in their iron grip. The most powerful warriors waged a final battle against these monsters and freed Humanity. Now a new breed of warriors must destroy the corrupt heroes of old, who have become as hideous and tyrannical as the kings they once overthrew. Five legendary heroes have been assembled by the ancient wizard Anrack, who instructs them in the use of The Dragon Arms-powerful, ageless weapons. But even new blood and steel may not be enough to topple the indestructible might of timeless masters of death!