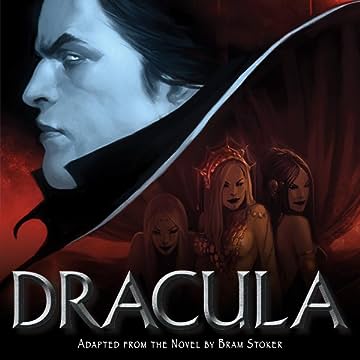 Collects Dracula #1-4. Dracula lives! Since 1897, Bram Stoker's DRACULA has mesmerized audiences as a novel, in movies - and in comics. Now, this definitive comics collection tells the tale of Jonathan Harker, Mina Murray, Abraham Van Helsing and Count Dracula in the story that invented the vampire genre: the classic DRACULA! This volume from master comics artisans Roy Thomas and Dick Giordano spans more than three decades of work, starting in Marvel's DRACULA LIVES! magazine in 1974 and concluding in STOKER'S DRACULA in the 21st century. Thomas and Giordano's brilliant adaptation is presented here in color, brilliantly rendered by June Chung! Read the greatest comics adaptation of one of literature's greatest works!