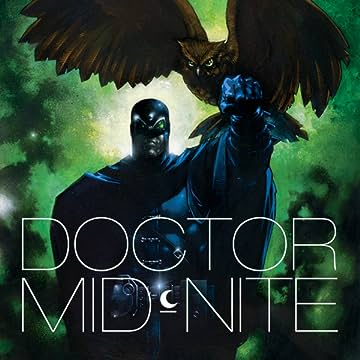 Matt Wagner, creator of indy comics favorites GRENDEL and MAGE and the writer and artist of SUPERMAN/BATMAN/WONDER WOMAN: TRINITY, creates a new vision of a classic DC hero. When Dr. Pieter Cross lost his sight during a terrible accident, he thought his life was over. But after a chance encounter with an owl showed the Doctor that he could now see in the dark, his existence gained new meaning. Using his scientific genius and acquired wealth, Cross assumes the identity of vigilante Doctor Mid-Nite to protect the downtrodden from the vermin that prey on them. But in order to fulfill his mission, Doctor Mid-Nite must take down an evil criminal triumvirate bent on profiting from the demise of his city.