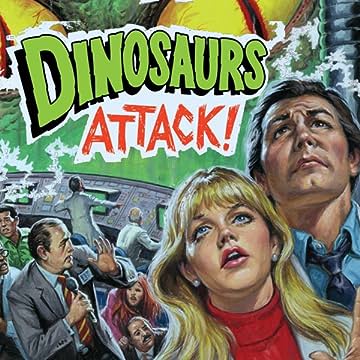 They're BACK! 25 years after Topps' original DINOSAURS ATTACKS! trading cards took a bite out of candy counter sales, the original Eclipse graphic novel written by DA creator Gary Gerani returns, this time released in its entirety! With pencils by Herb (G.I. JOE) Trimpe and paintings by veteran illustrator Earl Norem, the entire story will be released as five comic books, with all the blood-curdling trimmings. So put world-conquering Martians aside for a bit and relish the time-tilted melodrama and wild humor of DINOSAURS ATTACK! -- the ultimate nightmare is now a reality from IDW!