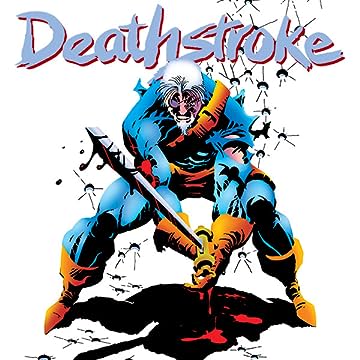 Slade Wilson is a super-soldier who uses 90% of his brain's capacity, which has allowed him to build a reputation as the best there is. After taking down the Teen Titans, he's looking to take his skills to the rest of the DCU! *From its beginning in 1991, 40 issues of this series were called DEATHSTROKE: THE TERMINATOR. Issues 41-45 were DEATHSTROKE: The Hunted. Issues 46 thru the final issue (1996's #60) were simply titled DEATHSTROKE.