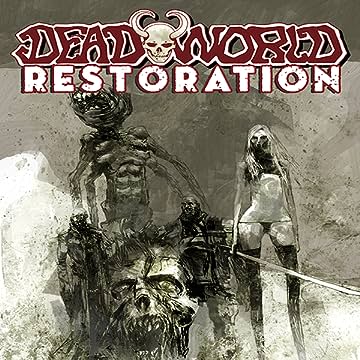 The zombie classic returns in an all new series from the same creative team that brought you the acclaimed Deadworld: War of the Dead. The lepers have been slaughtered, the people who escaped the breeder pits head for the safety of New Washington, and now the zombies are under the control of Donna, the half-human/half-zombie hybrid. With King Zombie dead, she leads the zombies. Or does she? Deadworld, the long running, award winning, comic series that depicts the zombie apocalypse from a totally different perspective.