Daydreams and Nightmares: The Fantastic Visions of Winsor McCay 1898–1934 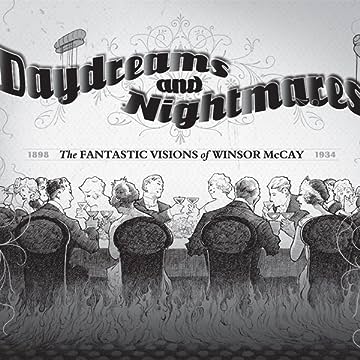 Daydreams and Nightmares: The Fantastic Visions of Winsor McCay 1898–1934

Daydreams & Nightmares collects the rarest work from Little Nemo In Slumberland creator Winsor McCay's historic career. A fantasist of the first rank, McCay was a key pioneer in the histories of both comics and animation. He had a fascination with dreams that extended beyond his newspaper strip Little Nemo in Slumberland, and it was a fascination as compelling as that of Freud, Jung and Adler's, as proven in the pages of Daydreams & Nightmares. McCay's dream-inspired strips, illustrations and cartoons feature rarebit-induced nightmares, playful "what-ifs," moralistic panoramas, pictorial allegories and other fantastic visions.