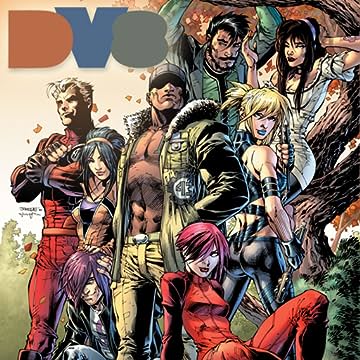 The super-powered losers, freaks and masochists of DV8 have seen a lot, but there never been anything that's compared to this. As Gem Antonelli (a.k.a. Copycat) is debriefed in a holding cell, the story of how eight troubled teens were briefly gods of a prehistoric world unfolds here!