Courtney Crumrin and The Night Things 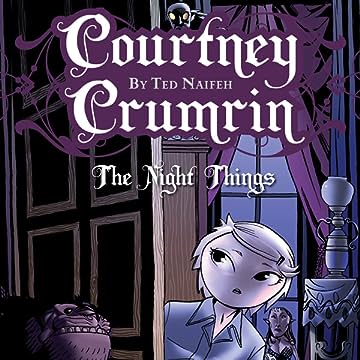 Courtney Crumrin and The Night Things

Courtney liked her life. She had friends scattered throughout her city neighborhood. She enjoyed school, and her teachers and classes were the best. But that was before. Now Courtney's parents have dragged her out to a high-to-do suburb to live with her creepy Great Uncle Aloysius in his spooky old house. And while her parents have slipped easily into their new social status, Courtney now has to deal with snobby classmates and the strange shadowy visitors that often come to visit her uncle. Now, instead of kids from the neighborhood, her only friends are ghastly ghouls and spooky spirits. Hmmm... maybe this won't be so bad after all... Courtney Crumrin & The Night Things is a new four-issue mini-series of creepy kids and nebbish nocturnals from fan-favorite creator Ted Naifeh (Gloomcookie).