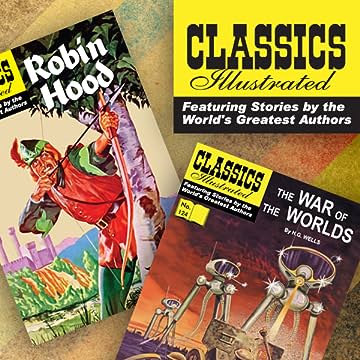 Classics Illustrated is a comic book series featuring adaptations of literacy classics such as Moby Dick, Alice in Wonderland, and The Three Musketeers. Created by Albert Kanter, the series began publication in 1941, and finished its run in 1971, producing 169 issues. For thirty years, from 1941 to 1971, Classics Illustrated (originally known as CLASSICS COMICS) introduced adults and children of all ages to "The World's Greatest Stories by the World's Greatest Authors." Trajectory, Inc. has enhanced these timeless, classic stories in digital format for today's most widely used devices.