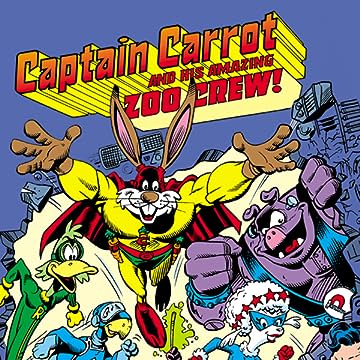 Meet the most powerful heroes of Earth-C: Captain Carrot and the Amazing Zoo Crew! Taking place on an alternate Earth, the comedic animal-based comic series features the team of Captain Carrot, Rubberduck, Pig Iron, Fastback, Yankee Poodle, and Alley-Kat-Abra as they battle the forces of cartoon evil!