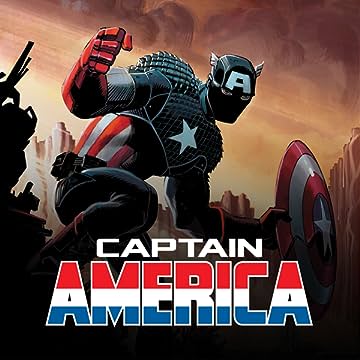 Thrust into a bizarre, inhospitable world far from home, the all-new, high-adventure, mind-melting, tough-as-nails, sci-fi, pulp-fantasy era of Captain America is NOW! Arnim Zola's ambitions leave Captain America stranded in the upside-down territory known as Dimension Z. With no country and no allies, what's left for the Sentinel of Liberty to protect?