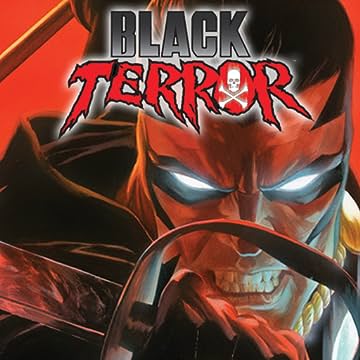 Spinning out of Alex Ross' Project Superpowers is the first new ongoing series, with this being the first of a four-part story! Each issue will come with a cardstock cover, a la Marvel's Secret Invasion! But that's not all! This also comes co-plotted and storyboarded by Alex Ross, scripted by Jim Krueger, and drawn by new Dynamite-exclusive artist, Mike Lilly! This new series is the foundation to the storylines building out of Project Superpowers, and will lead directly into Project Superpowers 2! Who are the Super-Patriots? Who are the 'Inheritors'? And how dows Captain Future fit into all this? And if that wasn't enough, this first issue contains a sneak peak at the Death Defying 'Devil series and the Masquerade series!