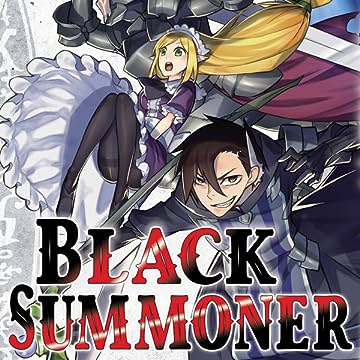 "If you truly want to get stronger, you have to challenge and defeat those stronger than yourself." While being transmigrated to another world, Kelvin bartered away his memories for a collection of powerful new abilities. Setting out on the ultimate adventure as the world's strongest Summoner - with his first Follower being the very goddess who brought him over! - he soon discovers his true nature as a battle junkie. Someone wants to pick a fight? Sure, bring it on! Facing off against one formidable foe after another, Kelvin can hardly contain his delight as he revels in the absolute exhilaration of a good fight! The curtain rises on the start of an epic saga as this black-clad warrior and his allies carve their way into the annals of history! See the colorful characters and the thrilling battles come to life in this visual retelling of the light novel series by Doufu Mayoi.