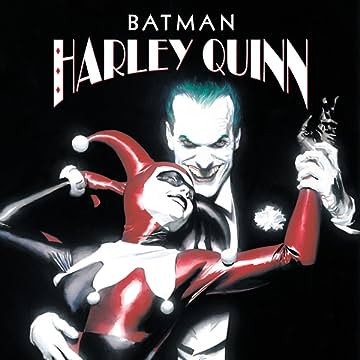 Since Gotham's fall, the Joker has been relatively quiet...but that's about to change as former Arkham Asylum doctor, Harleen Quinzel, joins the Clown Prince of Crime to put him back on top. But when their unusual partnership leaves Harley a little worse for wear, she enlists Poison Ivy's help. Now the Joker and Batman are going to learn that this souped-up Harley's not going to be pushed around anymore.