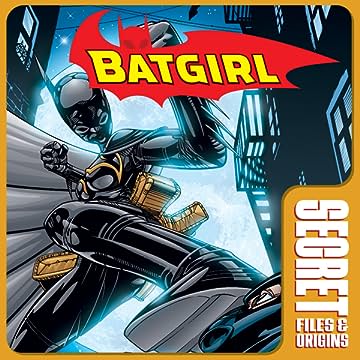 Gotham's most dangerous defender stars in her first SECRET FILES special! An encounter with an unexpected criminal leads Cassandra to revisit her origins (written by original BATGIRL cowriter Scott Peterson, with art by Phil Noto and Robert Campanella). Plus, Cassandra learns how she would have fared in combat against Barbara Gordon during the current Oracle's time as Batgirl (written by Peterson with art by Giuseppe Camuncoli and Cameron Stewart). And the DEO investigates the aftermath of Batgirl's battle with Lady Shiva (written by Dan Curtis Johnson and J.H. Williams III with art by Greg Scott and Mick Gray). Rounding out the issue are profiles of some of Batgirl's newest enemies and allies, with a special portrait of young Barbara Gordon as Batgirl, courtesy of the upcoming BATGIRL: YEAR ONE art team of Marcos Martin and Alvaro Lopez!