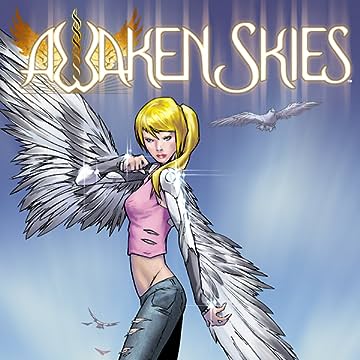 A new world of flight prepares to take the Aspen Universe by storm! In the Gothic Quarter of Barcelona, Spain, a covert scientist discovers that possessing valuable data that could change the world comes with a dangerous price. However, it may be far too late for him to escape before the powers that be come to collect! Meanwhile, on the other side of the world, a loving suburban family makes a similar discovery, that the world is indeed much smaller than it seems, and no one is safe! Don’t miss the thrilling opening chapter to Aspen’s newest action-adventure series from creator Frank Mastromauro (Shrugged, Overtaken), artist Marco Lorenzana and colorist Justice!