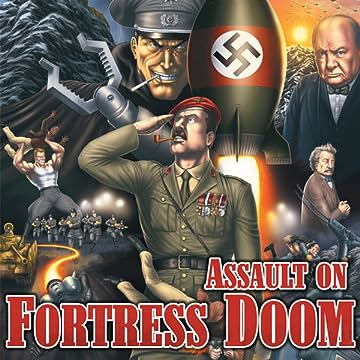 May 7th, 1945: Hitler is dead and the world prepares to celebrate victory in Europe. But for a tiny band of courageous commandos, the battle to save mankind from extermination has only just begun. As rogue Nazi General Wolfgang von Khan and his personal army prepare to launch the gigantic doomsday device Goliath, an eccentric team of heroes find themselves with less than 2 hours to harness top-secret Allied technology, infiltrate Von Khan's cavernous mountain fortress and somehow pull off the greatest secret mission in history.