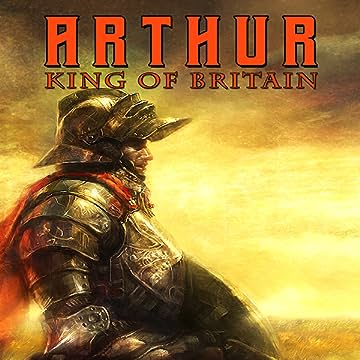 From comic writer/artist Michael Fraley comes the history of the famous character known as King Arthur. This fully illustrated comic series is based of the original adventure of Arthur as written by Geoffrey of Monmouth in the 12th century. Geoffrey’s work is considered one of the most important books of the medieval period and served as the skeleton from which all Arthurian tales have been based. This is the work as created before later authors and Hollywood added their own embellishments.