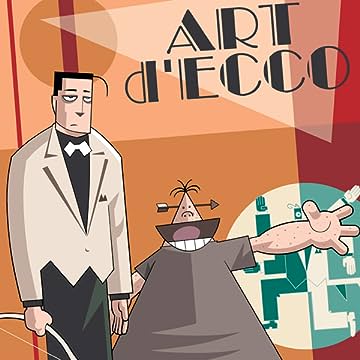 In the late 1980s, long before his work on the Eisner and Harvey-nominated Fred the Clown, Roger Langridge worked with his brother Andrew on a comic called Art d'Ecco. In these early stories, done mainly (but seldom entirely) for laughs, one can see the beginnings of the formal playfulness that would characterize the later work of both Langridge brothers, and of the elaborate layering of subtle and not-so-subtle nods and references to the world of music, film and literature.