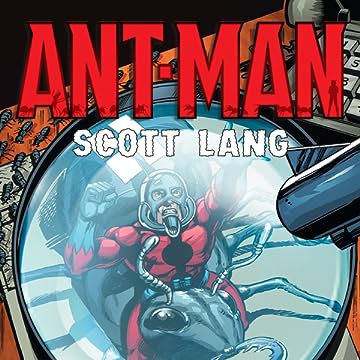 Meet Scott Lang, the astonishing Ant-Man! To save his daughter, Cassie, Scott is forced to return to a life of crime, stealing Hank Pym's original costumed identity. But when his noble intentions win the Avengers' approval, he takes over as the all-new Ant-Man, full-time! Electronics whiz Scott secures a job with Tony Stark, but the size-changing super hero must save Iron Man after a brutal battle with the Hulk. No shrinking violet, Scott holds his own in astonishing adventures with Spider-Man, the Thing and the Avengers. And when Ant-Man and Hawkeye join forces, somebody's gonna get it!