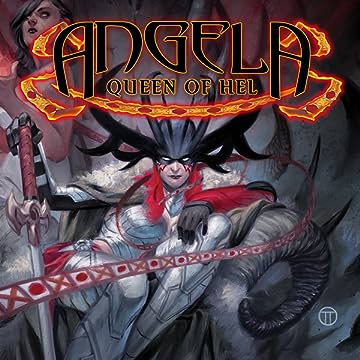 Hel hath a new fury. Stolen from Asgard, exiled from Heven, and robbed of Sera, her greatest companion- Angela plunges into the depths of blackest Hel to save her friend...and once there, the lost princess of Asgard will carve out a realm of her very own. All hail Angela, the new Queen of Hel!