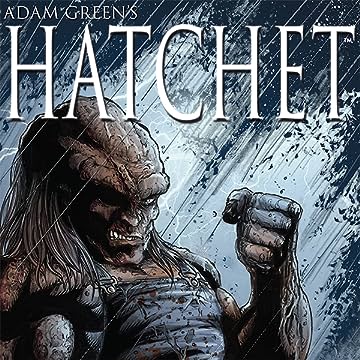 Victory Crowley returns to terrorize comics in a brand new comic series! In 2006 film maker Adam Green released a new American horror movie that paid homage to his favorite monsters. The movie was Hatchet and it told the story of Victor Crowley, a deformed child that came back to life as an unstoppable killing machine. Cursed to live out his terrifying last moments again and again, Crowley brutally murders anyone foolish enough to enter his swamp sanctuary. Filled with over the top gore, classic movie monster horror, and a boatload of black humor, this is the ultimate comic for fright fans!