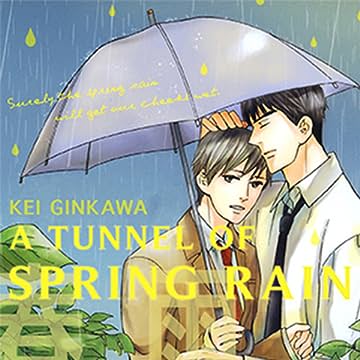 DISCLAIMER: graphic sexuality
"The rain that started to fall turned into April's last snowfall. On that day, my sister died. My shoulders that wouldn't stop shaking... were held down by Eiji." Although Asahi knew Eiji only pampered himself as a replacement, it doesn't stop him to harbor romantic feeling for his sister's former fiancee. The feelings won't come across, the love won't bloom, but Asahi still stays beside the man he loves. Until one night... A chest-tightening touching love story under the mercy of rain, "Harusame Tunnel" knocks the softest part of your heart.