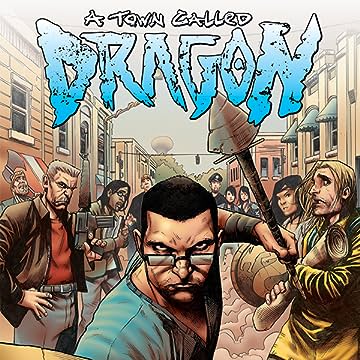 EVERY TOWN HAS ITS SECRETS. THIS ONE BREATHES FIRE. Legendary Comics transports you to A Town Called Dragon. On the surface it seems like your average all-American tourist trap, but this snow-covered town hides a burning secret. After centuries of lying buried within the depths of an icy mountain, the world's last dragon egg finally hatches - endangering modern life as we know it. Now an unlikely group of dangerously unqualified, ordinary citizens must band together, battling the elements - and each other - to slay this menacing creature. An action-packed modern day myth, this 5-issue series is an original story written by Judd Winick (Batman, Green Lantern), featuring the art of exciting new talent Geoff Shaw.