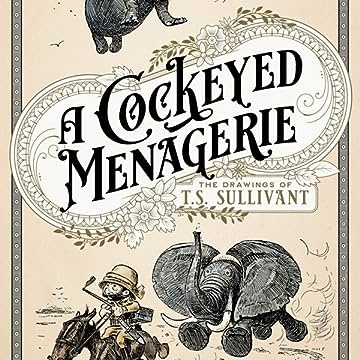 The long-overdue, definitive career retrospective of an early-20th-century gag cartoonist. From the 1880s to the Roaring 1920s, Sullivant took to the drawing board and dreamed up all manner of hilarious gag cartoons featuring animals of all stripes, perennial American "types" like hayseeds and hobos, and classic characters from myths and biblical tales. These comics haven’t seen the light of day since their initial appearance in pioneering humor magazines like Puck and Judge over a century ago. Includes essays by John Cuneo, Peter de Seve, Barry Blitt, Steve Brodner, Rick Marshall, Nancy Beiman, and R.C. Harvey, with a foreword by cartoonist Jim Woodring.